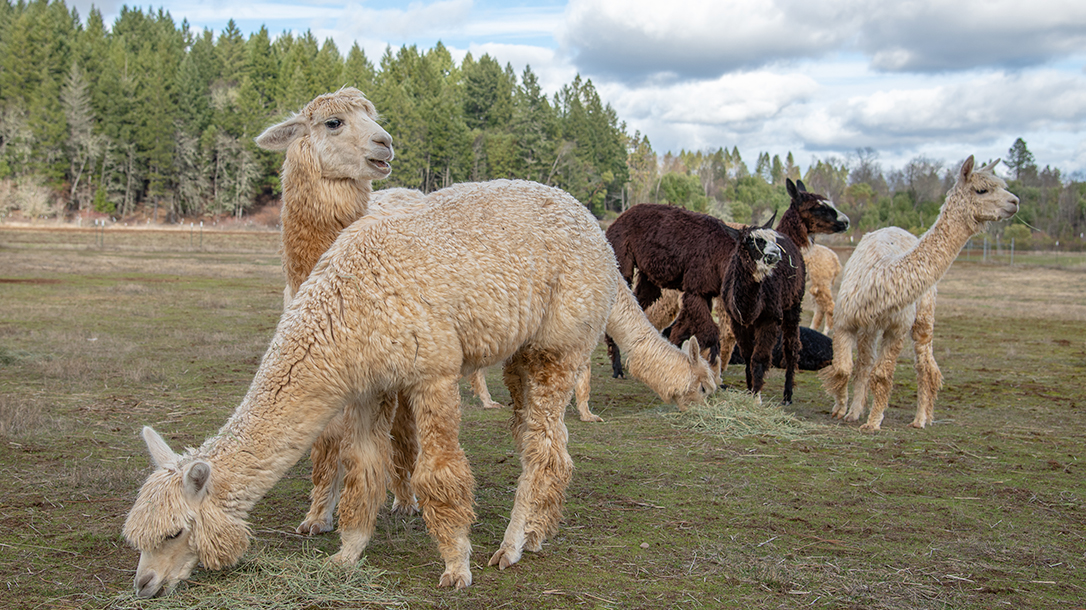 Photo by Barbara Delbol
Alpacas are a great source of income.
Comment(s)

Roaming a grassy pasture guarded by big white dogs, the shaggy alpacas seem content to spend the day doing nothing more than lounging about. But as charming as these South American native camelids appear, they’re the breadwinners at John and Christine Gardiner’s Siskiyou alpaca farm business.

John met Christine in 1990 when both were working in the field of urban river restoration—John in the United Kingdom and Christine in California. In 1995, John became a professor at Middlesex University in London, specializing in sustainable environmental management. In the late 1990s, a Bay Area river restoration firm lured the two of them with an offer to open a branch office in Portland. They bought a small farm east of Portland outside the city of Sandy, and that’s where they first became acquainted with alpacas. 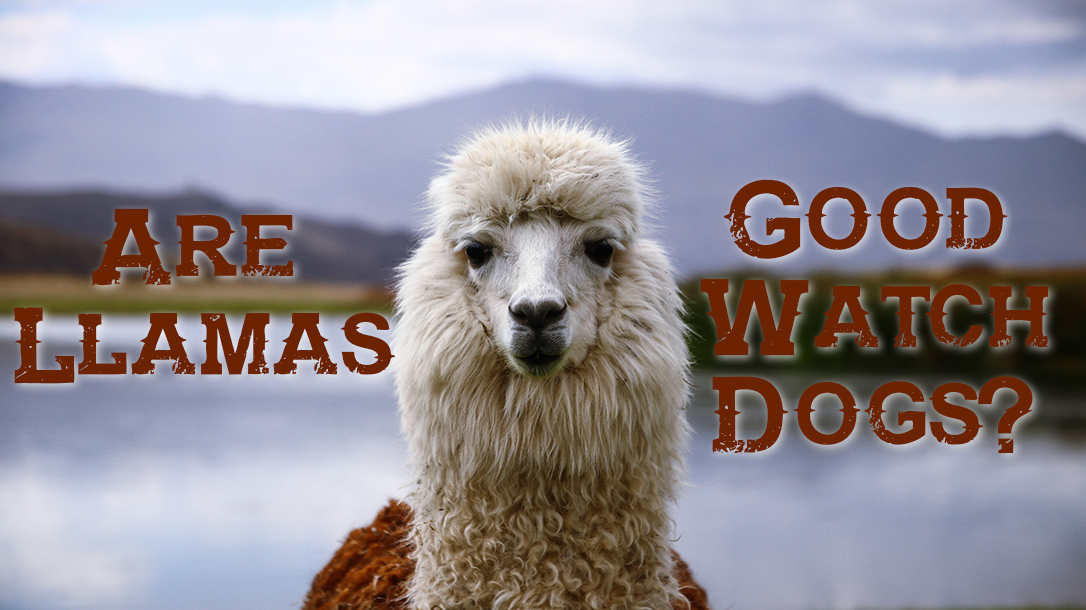 But it was more than acquiring a natural mowing system that enticed them. “While in high school, I learned how to spin,” Christine says. At one point, she worked with alpaca roving, a fiber processed to be ready for spinning. She fell in love with the fine-textured, soft fleece that’s hypoallergenic, antimicrobial and flame retardant. “Of course, I thought I then knew everything about alpacas,” she adds with a smile. Which, of course, the Gardiners didn’t.

But as river and land restoration specialists, they knew that alpacas minimize potential problems in the pasture. “We saw that alpacas are gentle on the land,” John says. Because alpacas have only lower teeth at the front of their mouths, they don’t rip up rooted plants like horses and cows do. Their soft, padded feet don’t churn a pasture into knee-deep mud as do the feet of hard-hoofed livestock. With a new alpaca herd at hand, the Gardiners’ education in quality breeding and animal husbandry was underway.

Their first herd consisted of eight female and four male Huacaya alpacas, the thick-fleeced breed that is the more common of the two alpaca breeds. Preferring the finer, lighter fleece of the Suri breed, the Gardiners began transitioning the herd makeup, first by selling off the male Huacayas and acquiring Suri females for breeding.

In 2001, the Gardiners launched their own water resources management firm called WaterCycle. They have river projects ranging from Washington to southern California. With the prospect of the collapse of the banking system in 2006, they realized they had either to sell the farm and return to city life or join another farm with their alpaca herd in order to move toward practicing permaculture. They were invited to join a land-trust farm in Southern Oregon and decided to make the move so they could “farm like they mean it.”

“As a child, we traveled, and I saw lots of different parts of Oregon,” Christine says. She recalls her attraction to the crystal-clear rivers and botanical diversity of southwestern Oregon. By the end of 2006, they had moved their herd of now 40 alpacas to the farm in Cave Junction. There, they opted to become tenant farmers, to rent farmland rather than buy. “If we had to own the land, then we couldn’t afford to farm,” Christine says. Their alpacas had won some of the highest awards in the toughest national competitions, so they knew the quality of their herd would endure. Now, 12 years later, their herd stands at 36 top-grade breeding alpacas, down from about 80 a decade ago.

At the new alpaca farm location, the Gardiners have practiced integrating these small livestock into production of food, fiber and medicine. The herd and farm now produce six income streams. These are 1) breeding livestock, 2) alpaca fiber and fiber products, 3) “Siskiyou Pacapoo” compost, 4) meat products made by a local sausage company, 5) hide and bone products and 6) plant medicines that grow well on soils enriched with Pacapoo compost, like hemp.

Fabulous Fiber on an Alpaca Farm

“Fiber is still the top reason for raising alpacas,” Christine notes as she knits alpaca yarn into a hat. Alpaca fleece grows all year and is shorn just before the summer season by the Gardiners’ professional shearer. He works with a team who are all trained in fiber production and handling alpacas with respect. “We’ve come to understand that it is not a contest of strength or will,” Christine says. “It’s one of trust and cooperation.” And they practice those skills with the herd all year as they work with the animals, touching them often with kindness to show respect.

Before shearing begins, dust and debris are blown off the animal to clean the fiber of dust and “veg.” This also helps to prevent excessive wear on the sharp blades of the shears. One by one, each alpaca is laid down and tied down on a mat while the shearer carefully removes fiber from one side, from belly to back, then turns the animal to its other side to shear there. Fiber shorn from the legs and neck is sorted into bags of like fiber by color and grade. All the fiber has an end use, so nothing is wasted.

The Gardiners have bred their alpacas to specialize in white, black and chocolate-colored fiber. Prices for the raw fiber can range from about $5 a pound and up for the lowest grades to $25 a pound for the rare black and dark fleeces, all the way up to about $14 per ounce for two years’ growth of “long locks” for the global doll hair market. You can find their yarns on Etsy as the Oregon Alpaca yarn spun by Columbia Mill near Astoria, Oregon.

With a gestation period of 330 to 375 days, alpacas are bred just once a year for a single baby, or “cria.” For the latest season, the Gardiners have bred 18 females for a “cria crop” in June. “So, we’ll be ready for baby season to start in late May,” Christine says.

In all that they do to create a healthy herd, the Gardiners have implemented traditional practices. They refrain from using synthetic hormones, antibiotics, pesticides or other toxic chemicals. Instead, they practice traditional herbal medicine when needed. Like the shepherds of old, they carefully cull a herd to maintain the number of animals they can feed and care for.

“To stay in any animal business, you have to make peace with life and death,” Christine says. “We have culled most of the males we produced and have culled females who couldn’t carry a pregnancy or who didn’t have enough milk for their cria. It’s about caring for the health of the whole herd.”

“We’ve studied and learned so much,” John adds. “This kind of work makes anyone a better human being.”

End Products from the Alpaca Farm

At Siskiyou Alpaca, nothing goes to waste—not even alpaca waste. Pine shavings and straw are used to absorb poop and urine in the animal pens. Just the act of picking up this mixture blends alpaca manure, urine, wood chips and straw for a compost balanced for the right carbon-to-nitrogen ratio. Once composted, the mixture is rich with beneficial bacteria, fungi and micro-organisms and ready for farm and garden soils.

“We discovered that Pacapoo is one of the finest composts for the garden,” Christine says. “It’s like feeding whole food for the soil. Diseases don’t become a problem when that magical balance is reached.”

Some may be surprised that alpacas are used for food as well as fiber. “The alpaca is to the Peruvians and Argentinians what the beef cow is to the United States,” Christine says. She and John turned to a local sausage maker, Taylor’s Sausage, to become one of the first alpaca farms in the U.S. to offer alpaca meat products to local markets. But rather than selling steaks and chops, the Gardiners have Taylor’s make alpaca meat into cured and smoked products, including plain and peppered jerky, summer sausage, landjaeger and a savory alpaca paleo bar. Christine uses the bones to create a mineral-rich bone broth, which they sell direct to interested locals.

The unshorn, tanned alpaca hides are also sold to customers looking for durable yet soft rugs, throws and baby blankets. The natural hides are tanned using a nontoxic process and priced according to size and color. “We’re very proud of our local tanner! Jessie is doing a fabulous job, and we pay her enough so she can do it next year, too. That’s an important part of sustainability,” says Christine.

Educating others about alpacas and traditional practices is also part of their job. The Gardiners estimate that about a half dozen new alpaca farmers have settled into the region since their arrival. “We are aiming to create a producer cooperative, designed to return value to the farm producers. Only that approach can ensure that the producers get a fair return for their work,” Christine explains. A regional network of sister farms can share the costs of production and marketing to obtain better returns for each farm family.

Mentoring helped connect them to their new partner, Stacie Van De Weerd of Dandelion Fields Alpaca. She inherited an alpaca herd of 30 and had received little to no training on how to care for the herd. “I started doing a lot of research on alpaca health and what I was supposed to do with them,” she says. “All I could find was information on the typical pharmaceutical treatments, feeding grains, etc. But everywhere I looked, no one talked about practicing the alternative nutritional ideas I had.”

With advice from the Gardiners and her background in herbalism and nutrition, Stacie has confidence in working with the alpacas now. She also works with the Gardiners in marketing alpaca products at regional markets. She bought the Sock Division and they share a booth at the Grants Pass Growers Market, where she sells socks and gloves. Recently, she’s developed a new line of herbal medicinal products for both people and animals. “She’s one of the young people who inspire us,” John says of Stacie.

Perhaps the biggest lesson the Gardiners have learned in their journey is that alpacas “can meet our needs in the practice of sustainable agriculture,” Christine says. “It’s working with nature, serving the Good Shepherd and respecting all life, which seems worth doing.” 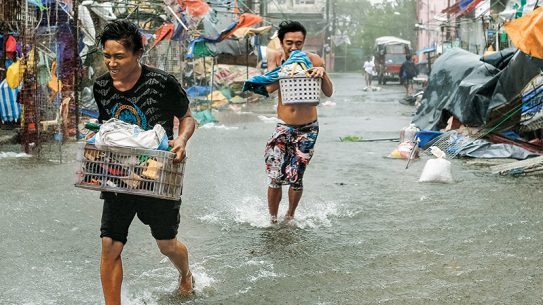 Typhoon or Hurricane? What’s the Difference?

Find out whether or not typhoons and hurricanes have meteorological differences.