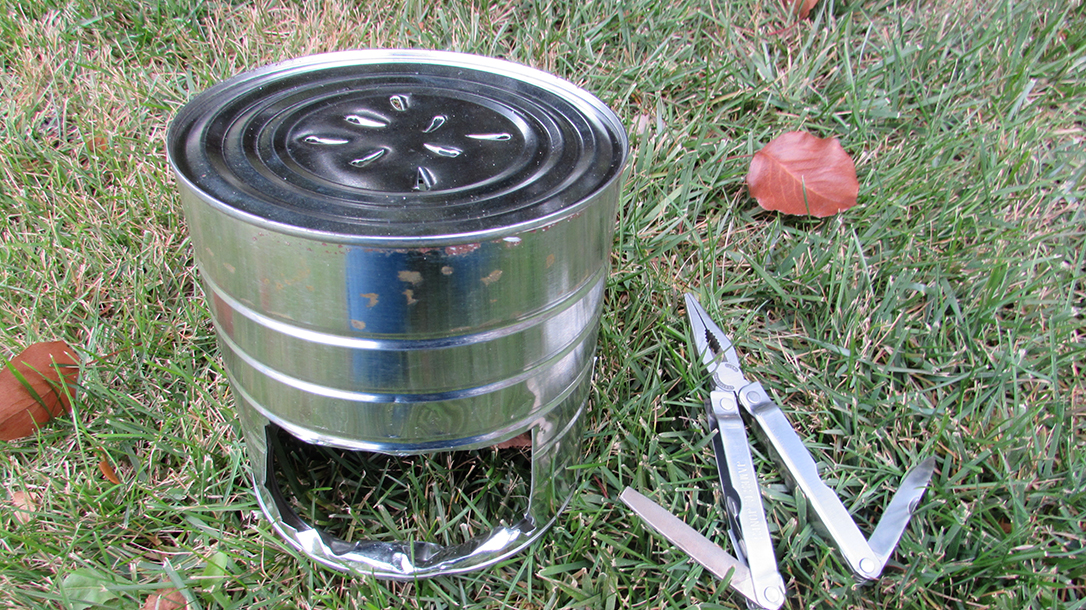 1 of 6
Photo by James C. Jones
Hobo Stove 1
An efficient hobo stove can be made with a Number 10 can and a multitool. 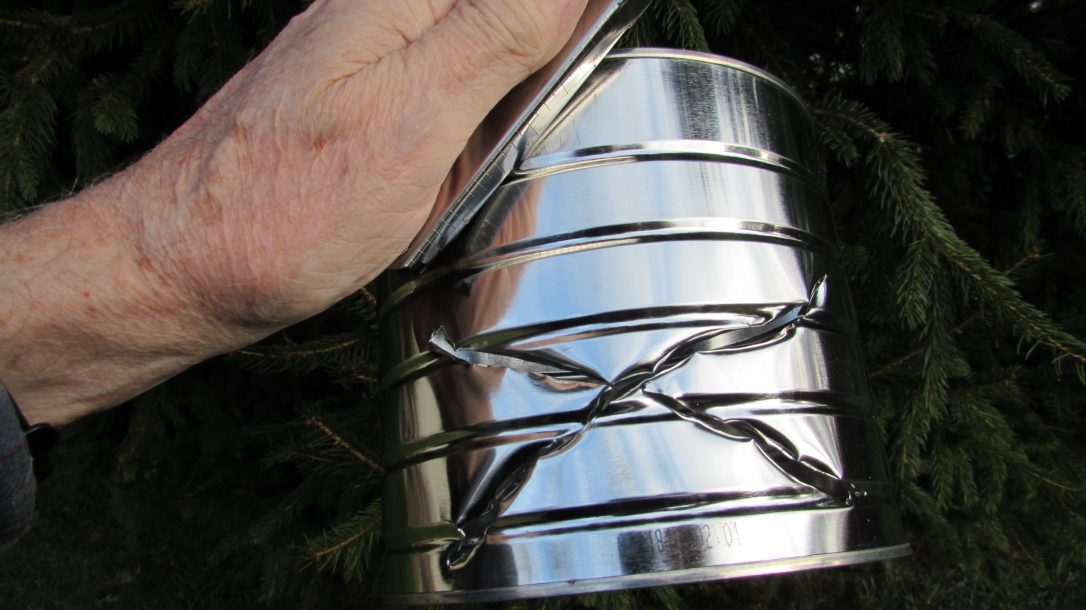 2 of 6
Photo by James C. Jones
Hobo Stove 2
Cut a large “X” into the side of the can near the top, leaving the rim in place. 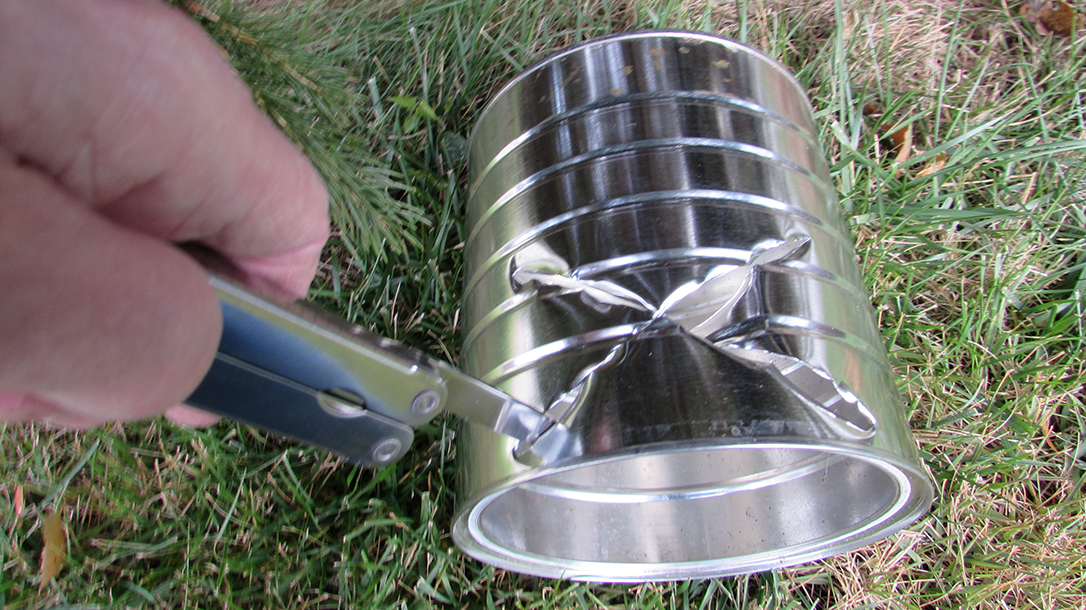 3 of 6
Photo by James C. Jones
Hobo Stove 3
Widen the openings of the X so that the points can be bent inward. 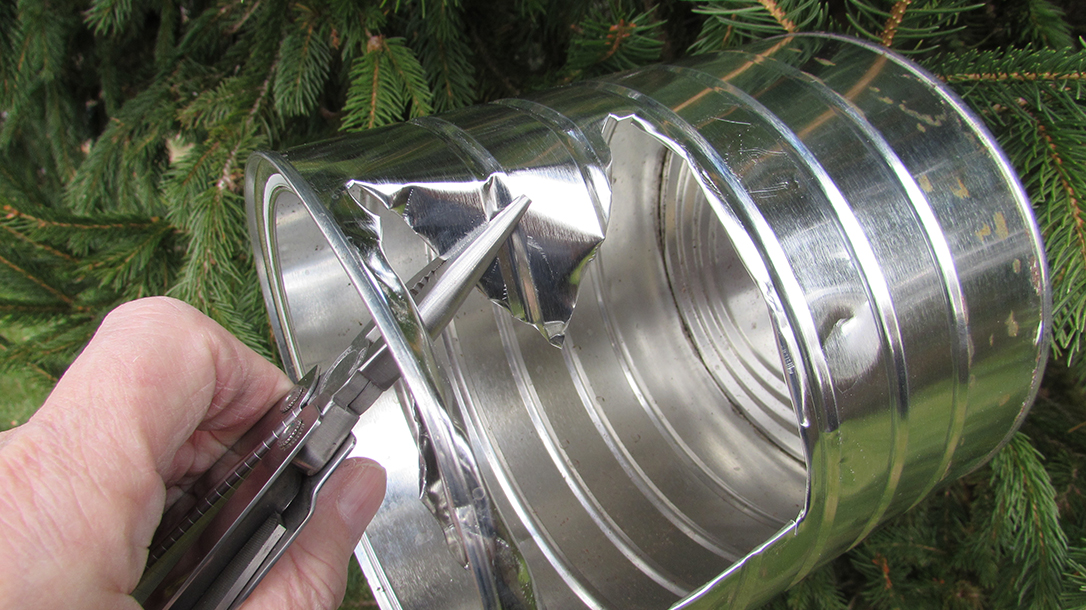 4 of 6
Photo by James C. Jones
Hobo Stove 4
Bend the resulting points into the can and flatten to provide smooth edges. (Alternatively, you can just cut a rectangular opening, but this leaves sharp edges.) 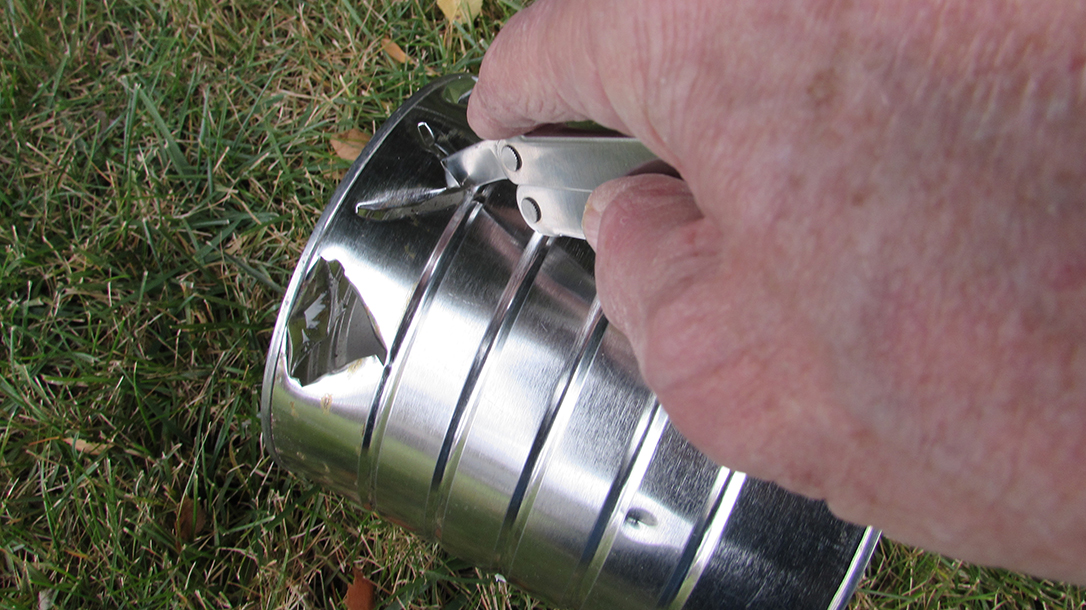 5 of 6
Photo by James C. Jones
Hobo Stove 5
Cut four to six large vent holes in the opposite side of the can on the closed end. 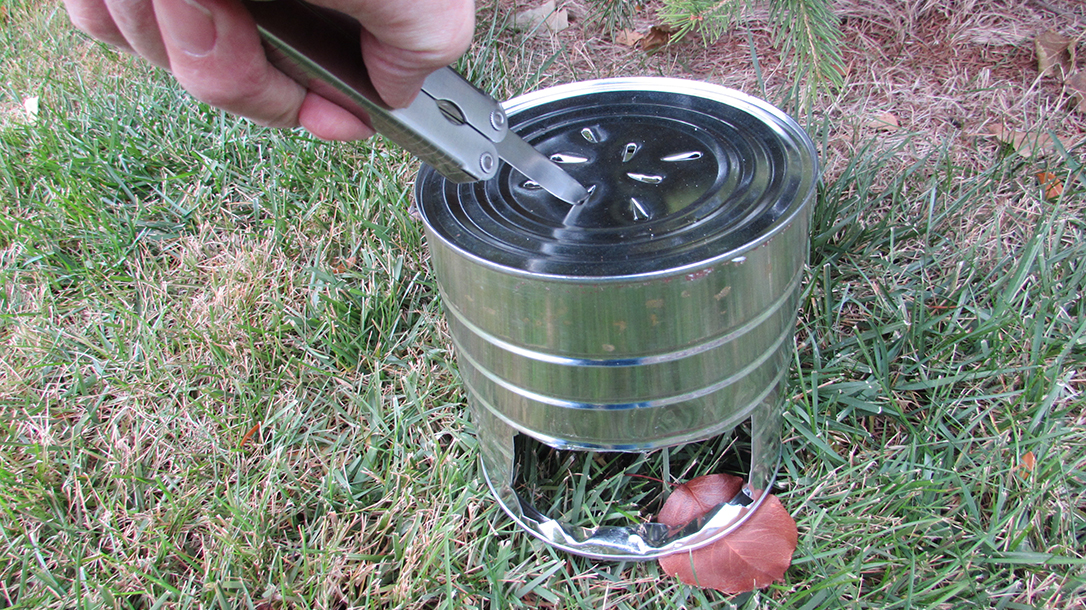 6 of 6
Photo by James C. Jones
Hobo Stove 6
Cut a series of “burner” openings into the bottom of the can to facilitate cooking. 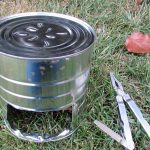 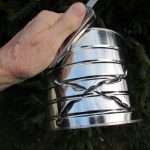 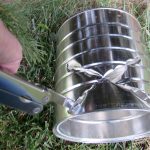 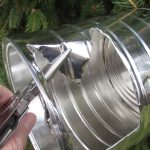 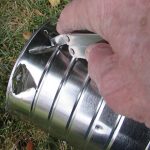 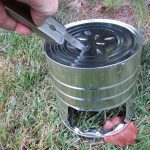 Hobos were nomads who traveled across the country via fright cars lived off the land by scavenging and occasionally stealing what they needed. They had a whole off-the-grid society and methodology that relates well to today’s potential survival situations. An especially useful tool in their arsenal was the hobo stove, a primitive form of rocket stove commonly fashioned from a large tin can. 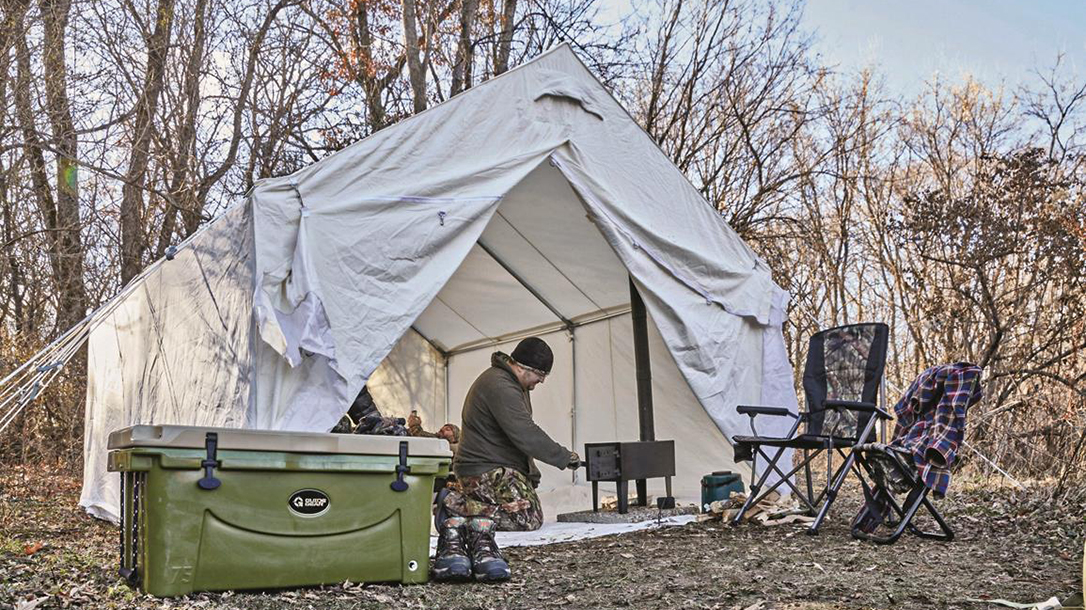 A Closer Look at the Timeless Backcountry Sheepherder Stove

You can find plenty of design variations of hobo stoves on the Internet and scores of commercially made and surplus rocket stoves on the market. I have made and field tested many of these over the years. While a fire is often perceived as the embodiment of survival capability, a big open campfire is often unnecessary and inefficient at best. Rocket stoves are a far more effective method of heating food and beverages to warm the survivor from the inside. In the absence of a ready-made stove, a hobo stove can be fashioned from any available large metal can using a survival knife or multi-tool.

You can use a knife, metal cutters or a multi-tool to fashion the stove. If you use a multi-tool, you’ll find the blade, awl, file and pliers very useful. Be very careful to avoid cutting yourself on the blades and the edges of the cut can.

Over the years, I’ve made a lot of improvised cookware out of tin cans. To create cooking pots, I simply installed wire handles on cans of various sizes. The frying pan, however, is a bit more complicated, and one must be careful to avoid getting cut. The last thing you need under survival conditions is a serious injury. Follow these steps to fashion your hobo frying pan.

Note: All the edges will be sharp, and the handle will get hot very quickly when it’s used, so make sure you use something protective to hold it.

The hobo stove is best placed on a firm, non-flammable surface and can effectively burn small twigs, bark, branches and debris. An empty can with a bailing-wire handle is handy for heating tea, soup or stew. Stew in particular gets boiling faster over the stove than hanging over an open fire. Note the pouring spout bent into the rim. The frying pan is usable for one egg or other small items. Remember, you’ll need a glove or rag to grip the hot handle.

In contrast to the improvised kitchen, the high-tech BioLite stove burns twigs and features a battery-powered fan to facilitate burning as well as a self-charging battery that can be used to charge a cell phone, but it’s bulky and expensive. The hobo stove is disposable and costs practically nothing. The Swiss military surplus rocket stove is fairly cheap and durable and can use twigs, Sterno or trioxane fuel tablets.

Though not generally recommended for cooking, the toilet-paper stove is a very cheap source of temporary heat. The can is filled about one-third full of alcohol and a roll of toilet paper is placed inside. The paper acts as a wick to provide a controlled flame and considerable heat.

The can will get very hot, so be sure to place it on a non-flammable surface. While the stove can be used indoors, the flame sends a lot of heat upward, so have at least 8 feet of overhead clearance. It’s best to extinguish the flame before the paper itself starts to burn. Do this with a flat, non-flammable item larger than the top of the can. (If you place the can’s lid back on the can to put out the flame, the resulting vacuum will seal the cover and collapse the can. It’s fun to watch but not altogether useful in a survival situation.) Let the can cool completely before refueling.

Burning open containers of flammable liquids is extremely dangerous; these liquids can boil, vaporize and splash. But flammable liquids such as gasoline, kerosene and diesel fuel can be burned safely in a sand stove. The sand absorbs and wicks the fuel to vaporize it at the surface, providing a controlled and sustained flame. Note that soil or dirt cannot be used in place of sand as it will create a burning, boiling mud. Only fine or coarse sand can be used.

The vent holes around the side of the sand stove would facilitate placing a cooking pot on top and still sustaining the flames. If cooking is not anticipated, the vents would not be necessary, and any size or shape container could be used. The flammable liquid should never be above the level of the top of the sand.

There are many advantages hobo and rocket stoves have over open fires. For example, stoves make much more efficient use of available fuel. All of the heat generated is contained and reflected back into the fuel to assure complete utilization. Stoves also require smaller fuel and less of it. There’s no need to gather large amounts of bulky branches and no need for chopping or sawing.

Stoves reduce smoke and light emission that may attract unwanted attention. They also facilitate a fire under rainy and windy conditions that would be prohibitive for an open fire.

Lastly, hobo stoves concentrate heat for cooking and boiling far better than an open fire. They’re much safer than stoking a fire that creates flying sparks and embers that can ignite or damage clothing, shelters and surrounding grass and trees.

So, it’s time to take a page out of the nomad’s book of improvisation. For the dedicated survivor, the art of constructing and cooking with hobo stoves is very much worth the effort to master.

This article is from the May/June 2019 issue of Survivor’s Edge Magazine. Grab your copy at OutdoorGroupStore.com. 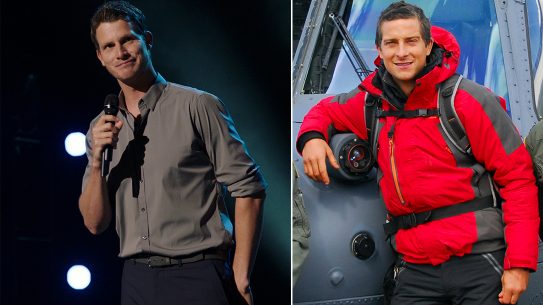 Comedian Daniel Tosh talks about how poorly he would do in an apocalypse situation...